4 Most Spectacular Caves in Scotland to Explore

If you have never explored the wonderful and unusual caves that wind under Scotland, you are missing nature at its best. Here are just a few of the famous caves you can explore:

Fingals Cave is a mystery of nature. It is situated on the uninhabited island of Staffa. It is the
only cave ever found where basalt columns form a hexagon shape. This 227-foot cavern is only
accessible by sea. The true inspiration of the cave is acoustics. 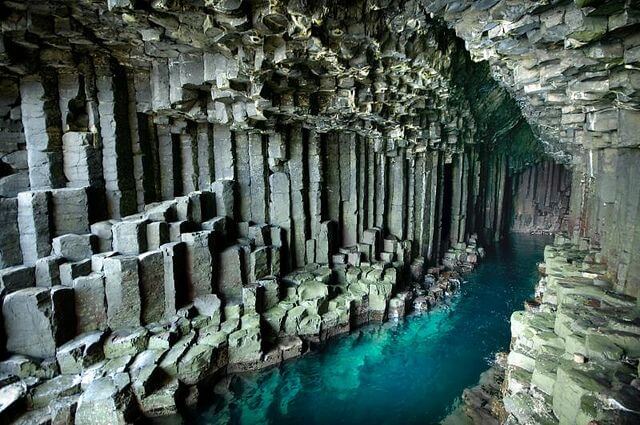 The toing and froing of the ocean swelling inside creates a melody that has been described as harmonic. The columns that form the walls of the cave were made when solidified lava contracted due to cooling. People who have been inside this sea cave say it is an unearthly experience.

St. Ninian’s Cave is in Dumfries and Galloway, near Whithorn Abbey. It has been described as an enigmatic and spiritual place. St. Ninian was Scotland’s first saint.

Legends have it that he used this cave as his personal sanctuary. Even today, people eager to have a go at the meanings of the carved symbols, study the cave. There have been many excavations throughout the years which have unearthed crosses and headstones that date back to the 10th and 11th centuries.

This is a seafront cave amidst a beautiful forest. It is a very pretty location that people are drawn to. King’s Cave is the place where Robert The Bruce sought sanctuary before the Battle of Bannockburn. 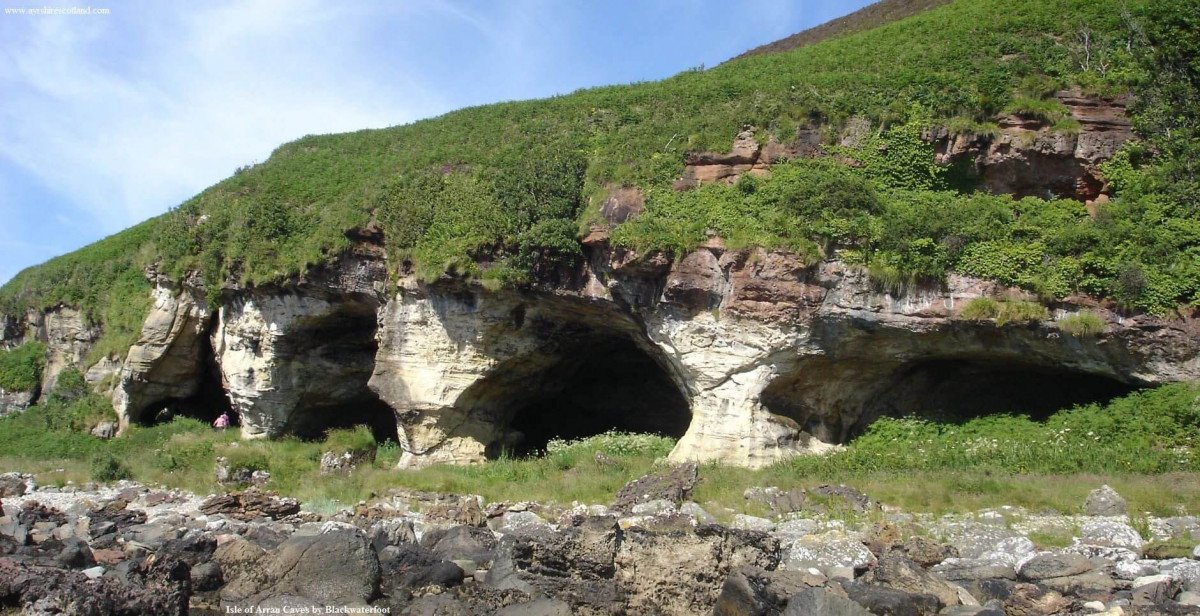 The cave has many interesting carvings for those who like to decode. The cave sits on the Isle of Arran and its opening is adorned by a colorful pebbled beach. This is the location where Robert the Bruce claimed to have seen his inspirational spider that would never give up.

This is a large cave. It is a natural phenomenon as it is both a sea cave and a freshwater cave. This cave was made from simple sea erosion, which took place over thousands of years. 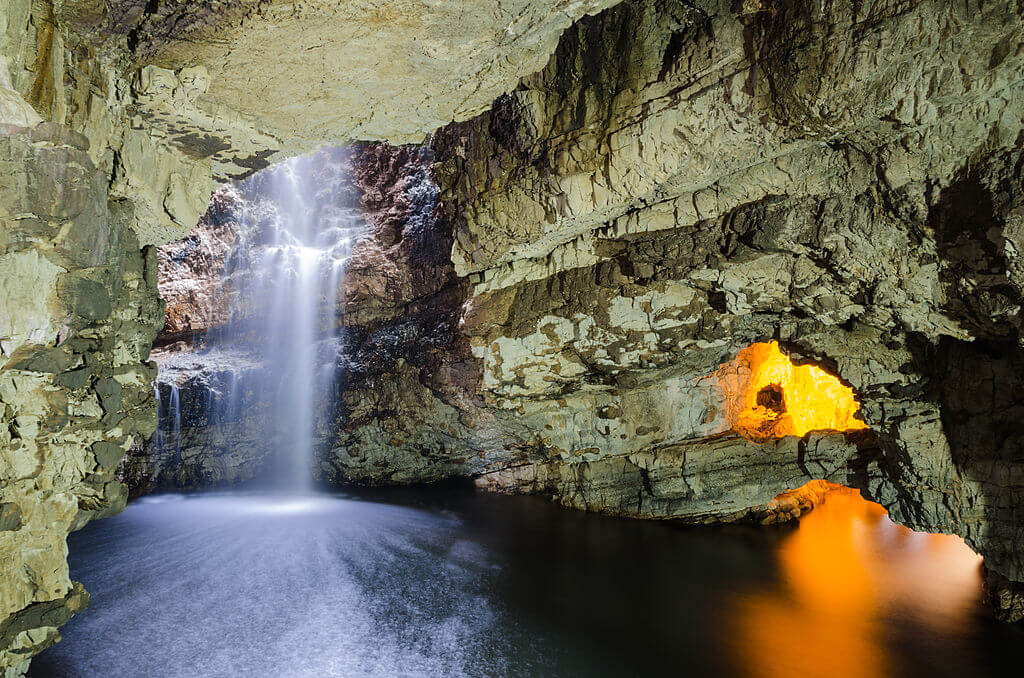 The inner chambers were formed by a subterranean stream and rainwater. It features a huge, mammoth opening, a spectacular waterfall chamber, and a small freshwater passage. This cave is a miracle of nature and very much worth your time. 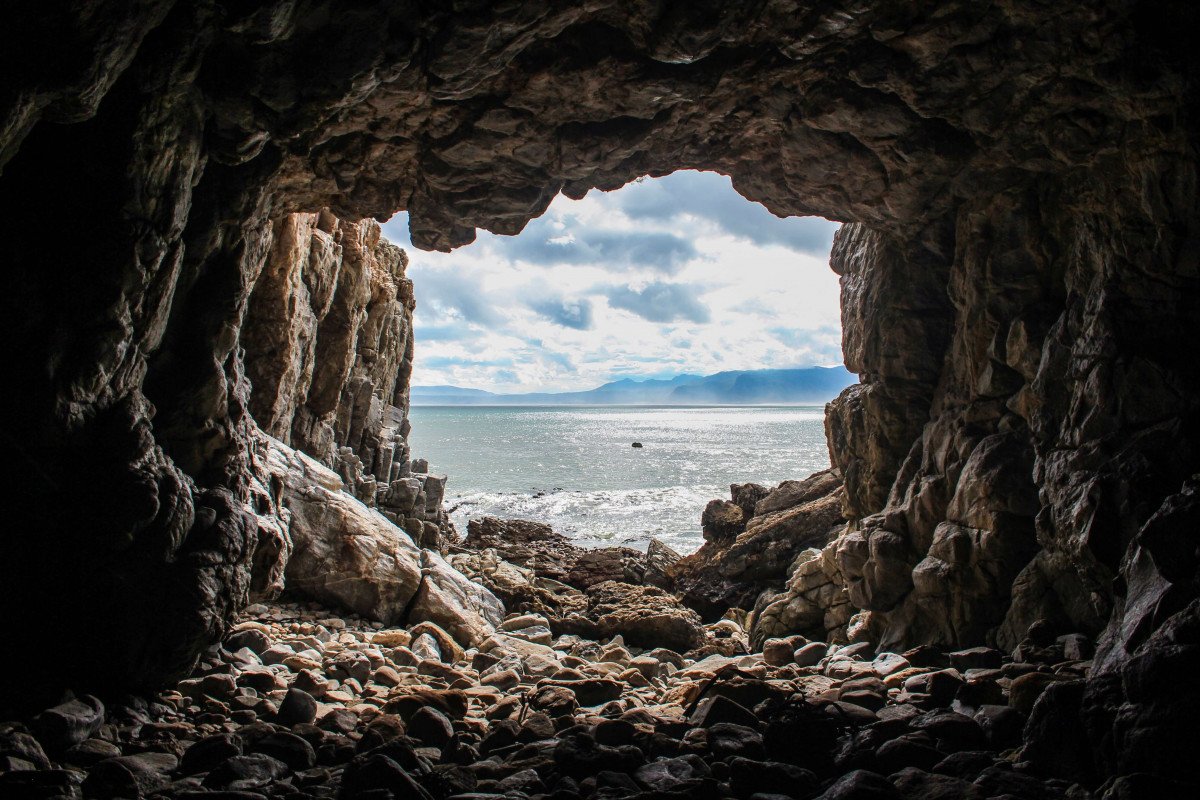 Tips to keep you safe when caving

● You always want to go cave exploring at low tide. Do not guess. Check online or with the
weather stations in the area. Be sure you find out when high tide comes in also.
● Give yourself plenty of time to be out of the cave before high tide. Don’t get caught deep
in the cave and unable to reach the opening.
● You are going to get wet. Be ready for it. There is water all around you in a cave system.
● Wear shoes that are made for climbing on slippery surfaces.
● Be prepared for temperature changes. You can go from hot to cold in minutes. Take a
light jacket.
● Bring drinking water with you.
● Take a head torch and extra batteries.
● Bring a first aid kit, a map of the cave, and be sure someone knows where you are going
and how long you expect to stay.

This is a very small sample of the caves that await you in Scotland. Click here for the top 19 caves in Scotland. As you can see caving is an adventure. It is a way to see a different side of the country you are in. There is something magical about an underground world. If you have never considered caving, be sure you add that to your list of trips to take. 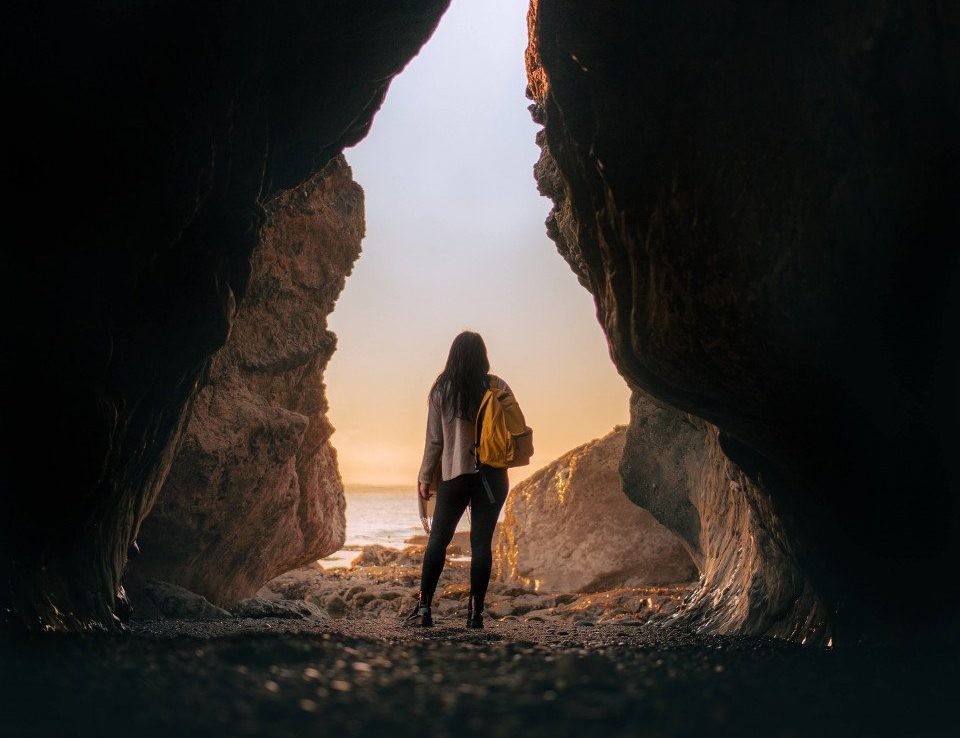 This post has been submitted from Lottoland. The folks at Lottoland have heard all about wonderful trips to beautiful, romantic, and mysterious places that their clients are planning to visit. You see, Lottoland is one of the world’s largest online lottery companies.

They offer more than 30 lotteries throughout the UK. So, Lottoland’s clients are Jackpot winners and newly made millionaires. When they discover that they have won, they always talk of somewhere they want to go. They begin with, “I always said my dream trip if I ever won the lottery would be to – – -” The trips sound so amazing that Lottoland sometimes features them on their website. This is one of those trips.

PrevPreviousWhat do Americans love about every state?
Next4 Best Family Vacations in CanadaNext